In early June, we took a ride down to Moundsville. Why? Because Moundsville, of course.

After a brief refreshment stop, it was on to Charles Manson’s boyhood home in McMechen, WV. You see, he didn’t have the storybook childhood one would naturally assume. His mother was, well, trash. When she finally was caught, it was on a robbery charge, and she did 3 years in jail for it.

Charles was 5 at the time, and was sent to live with an aunt and uncle. While there, he began his controlling ways. He’d get the girls in his class to gang up on boys he didn’t like, and beat them. Needless to say, nobody in that town was surprised when news of the ‘incident’ in California was received.

In the 1980’s, Manson petitioned to be moved to Moundsville prison to be closer to family. That never happened.

His old house is not a historical site. It’s not a museum. It’s someone’s house; show some respect to those that live there. If you’re going to go looking for it, please be respectful, as we were. We merely pulled up, took a couple pictures, and were off again. 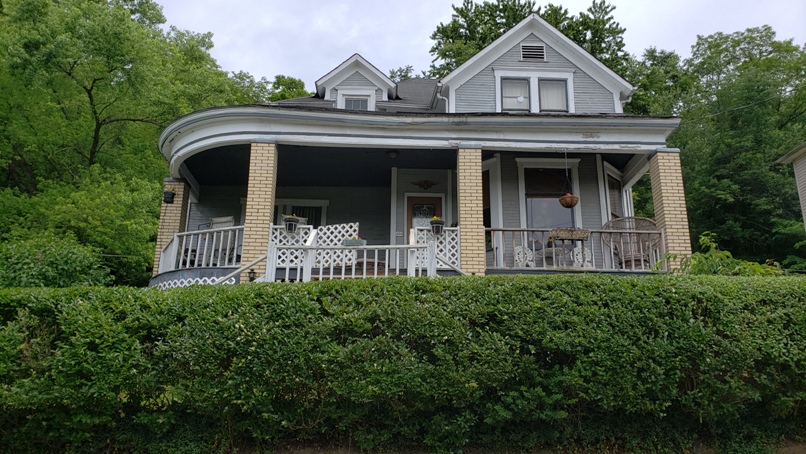 Feeling like even our souls were stained by the mere exposure to such an evil person’s former home, we decided that we should seek forgiveness.

Who better to ask forgiveness from, than one of God’s all-time favorite people? So, naturally, we headed to a bar. 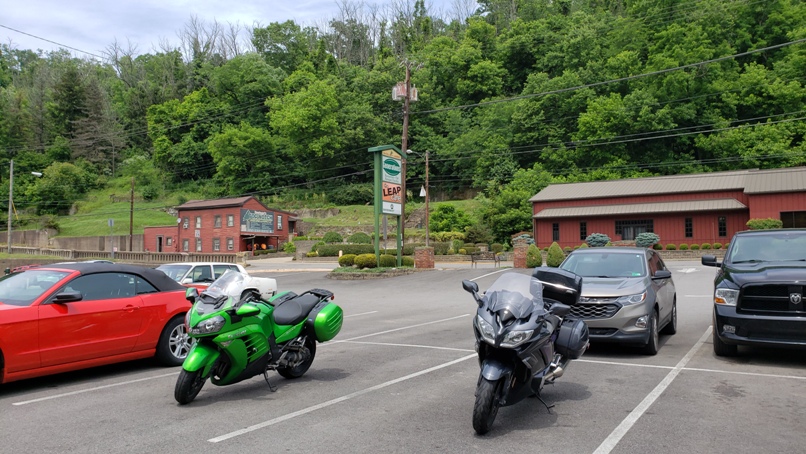 The parking lot at Generations in Wheeling holds an interesting surprise.

There is a 6-foot replica of a 45-foot high statue in Poland in the parking lot. After paying our respects, and indulging in some hoppy holy water, we felt better about ourselves. Another miracle? 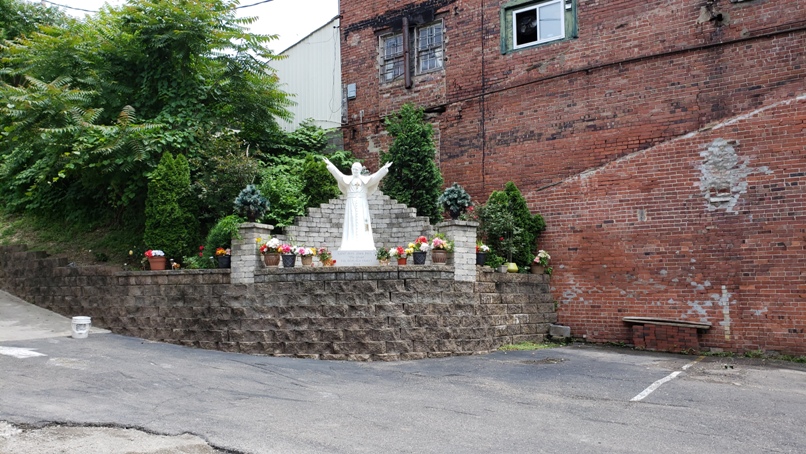 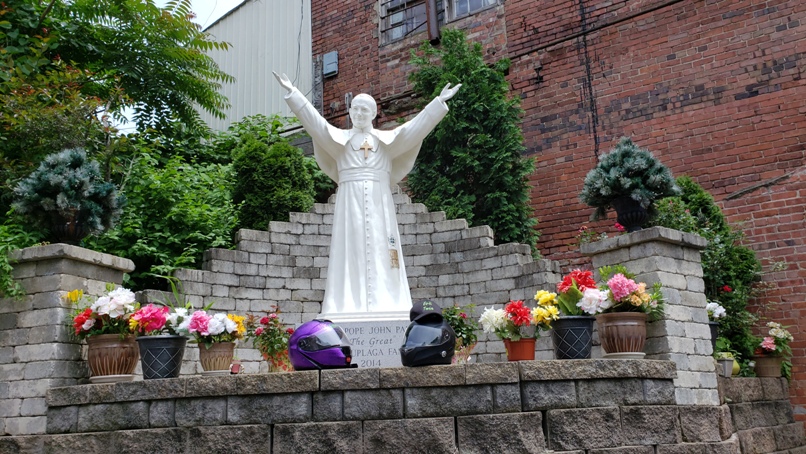 Naturally, I tried to capture what I could from this ride, but my camera battery did die out prematurely. Hope you enjoy what I did capture.