It’s Independence Day, and what’s more American than spending a holiday at an amusement park? This occasionally abandoned amusement park started out as Exposition Park in 1892, and was renamed to Conneaut Lake Park in 1920. It’s been around a while. It’s signature ride, the Blue Streak roller coaster, was added in 1938. 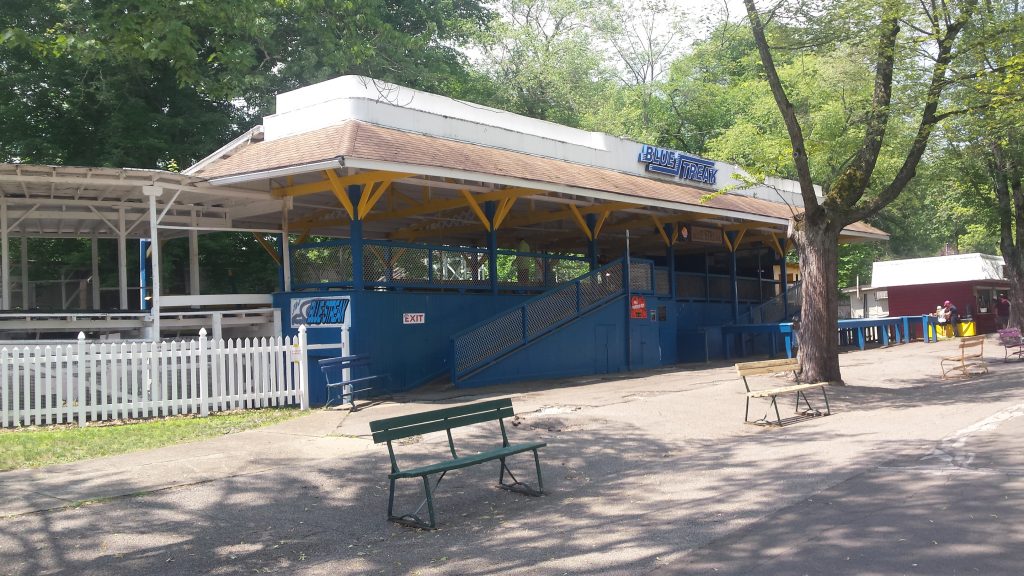 It’s not all fun though. A large part of the park’s hotel burned down in 1943. A 1974 transition saw major debt taken on, but the park persisted. In 1990, they closed off the park, in order to charge admission. That, combined with a rather wet summer, led to a drop in income. Coupled with increased maintenance costs, this led to several rides being sold off. But….a local business group bought as many as they could. 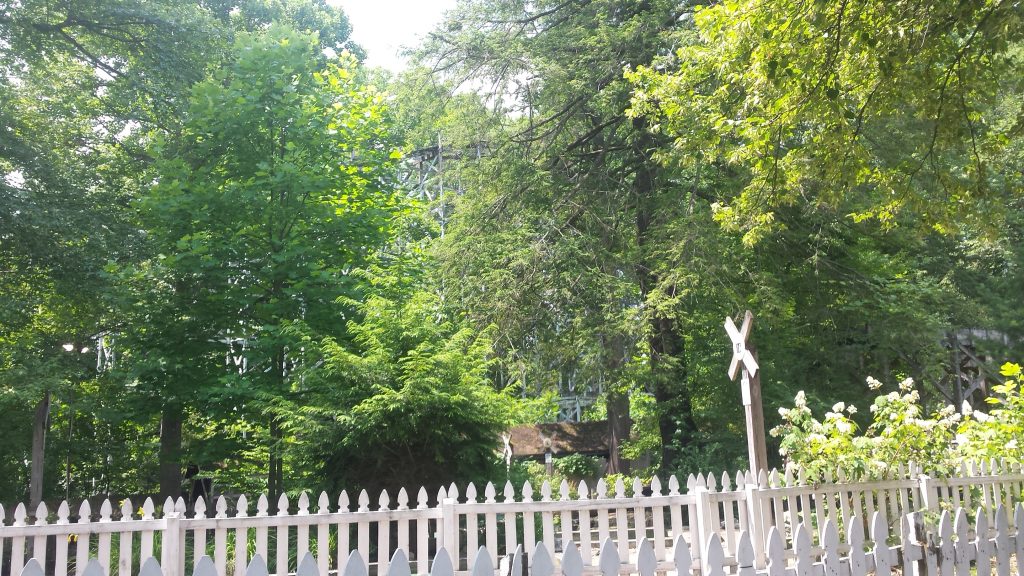 In 1995, the park did not open, having lost about a million dollars in the prior 2 seasons. The park was sold again in ’96, and changed to a non-profit public trust in ’97. 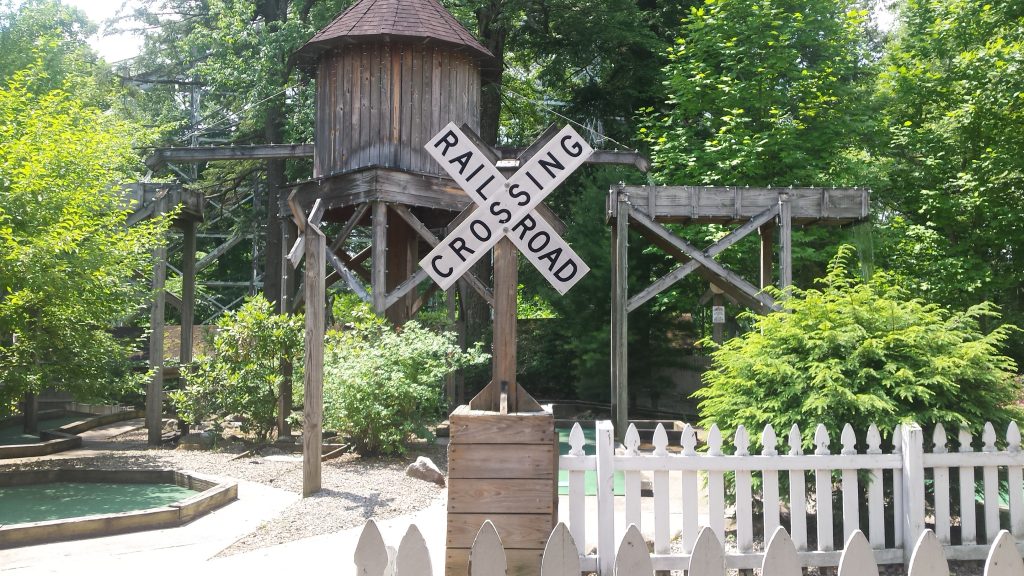 Money woes continued. Loans from local car dealerships allowed the park to open in 2003 and again in 2004. In 2005 the park was ordered by the courts to open without borrowing any money. They borrowed more in 2006 to open. In 2007, it was announced the park would not reopen, due to lack of funds. In 2008, the Dreamland Ballroom burned down, and the bowling alley collapsed. 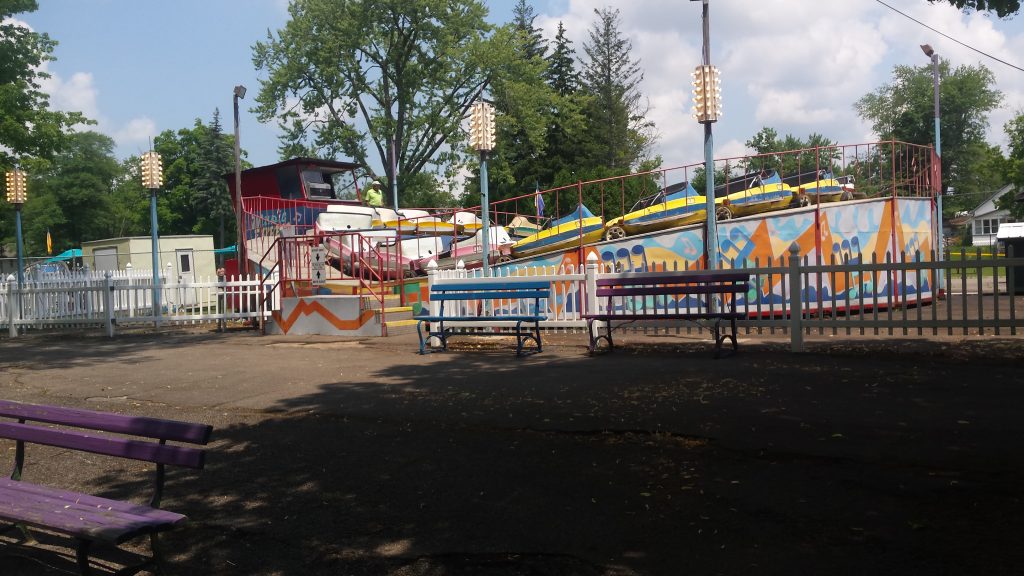 Memorial Day weekend 2009 saw the park reopen, and the beginning of a renovation of the hotel (now in private hands). 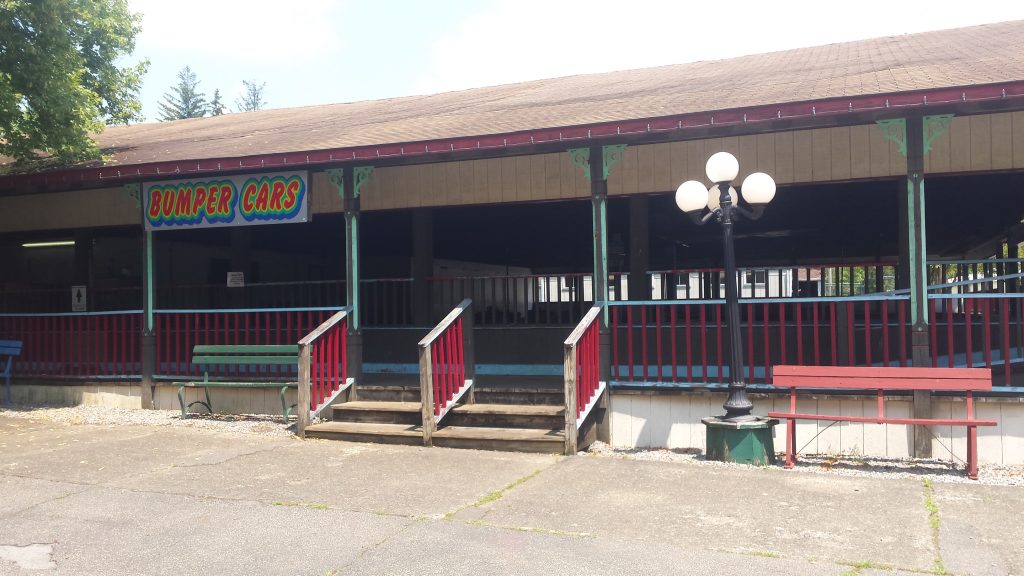 2010 saw the KiddieLand restrooms burn down. A dockside restaurant burned down in 2013. 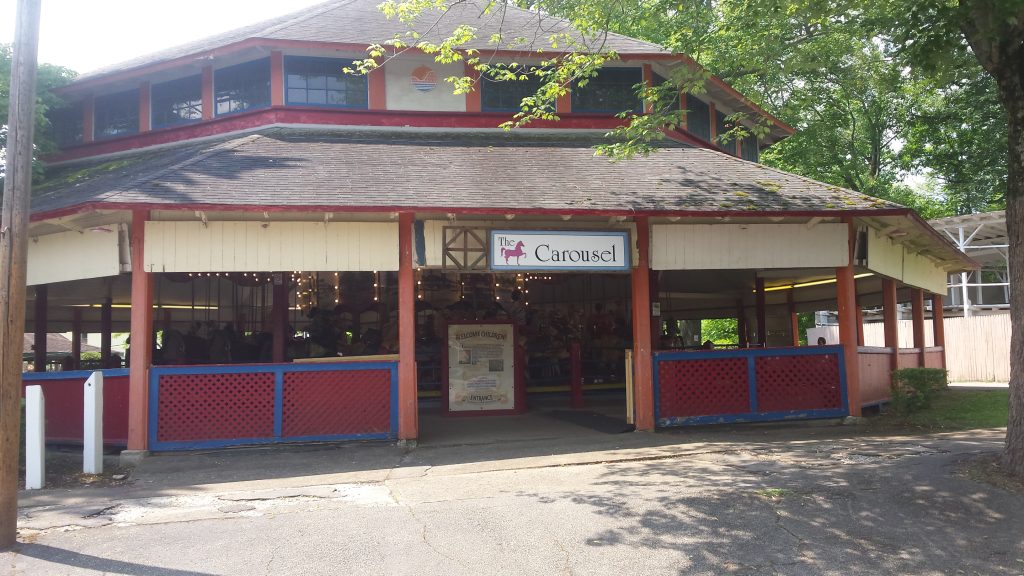 In 2014 the park filed for bankruptcy in order to stop a sheriff’s sale due to back taxes of almost a million dollars. 2015 saw the park open weekends only, as the courts allowed the park to borrow money to open, despite still being in bankruptcy. The waterpark reopened after 6 years of being closed in 2016. 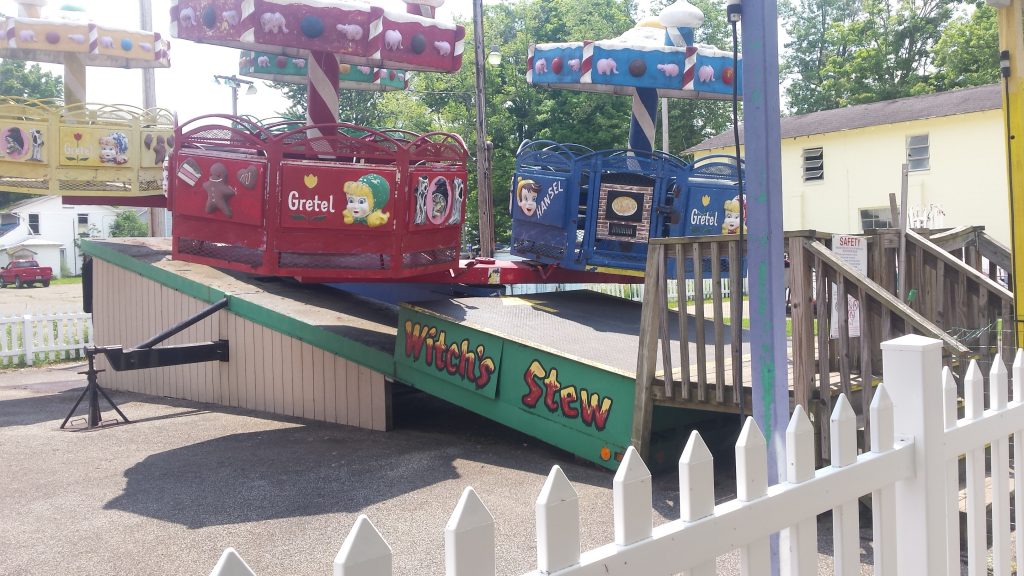 It’s no wonder we weren’t sure if it would be open or not…Looking at the pictures, I’m still not entirely sure…