I’ve no idea how it happened, but I’ve lived within an hour of the Mason-Dixon Line for over 50 years without once being to the park commemorating the historic border. An early June day with questionable weather seems like just the way to rectify such a situation. Evil Twin and I met up in Bridgeville, and headed south.

Nestled in the countryside just west of Morgantown is Mason-Dixon Park. We included a quick stop at Rinky Dink’s Road House on the way there for refreshments, and a quick photo. 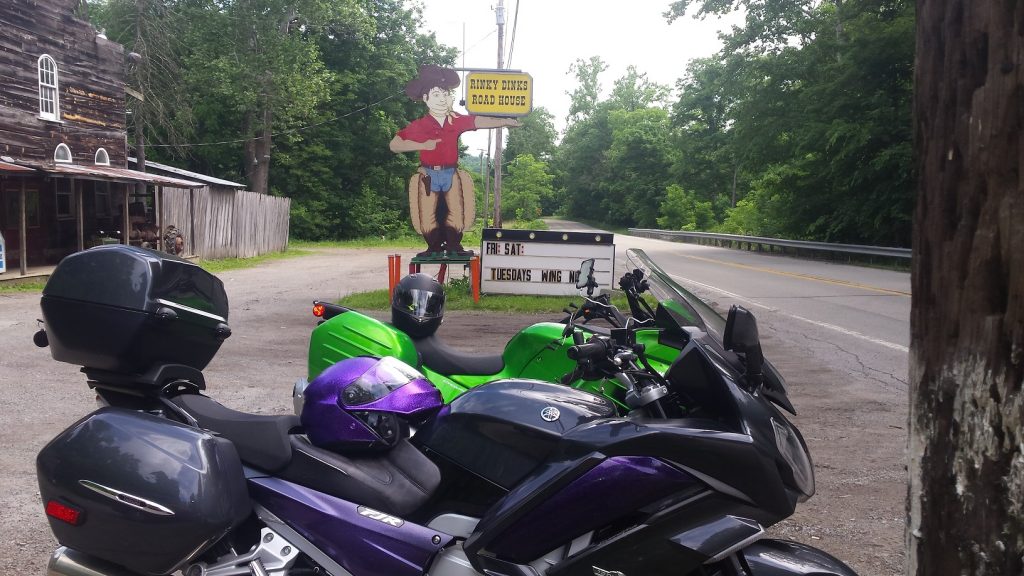 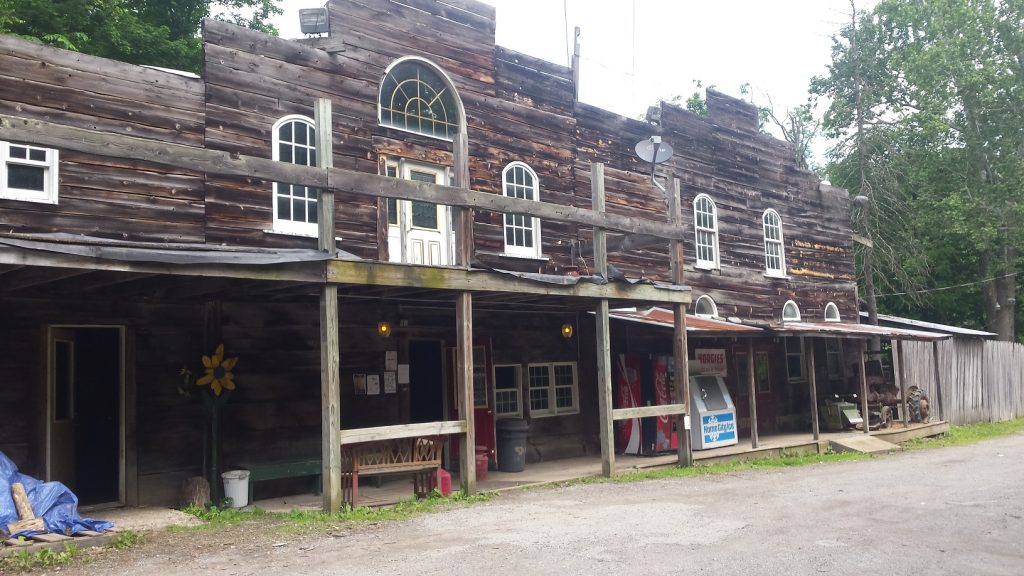 Making our way eventually to the park, we found that there’s not really much there. It’s pretty much a couple of old cabins, and a whole lot of open space. There is a walking trail to go cross the line, but, I had been hoping for more of a marked line, so I could do the ‘Achoo’ thing. “I’m on the north side. I’m on the south side…” 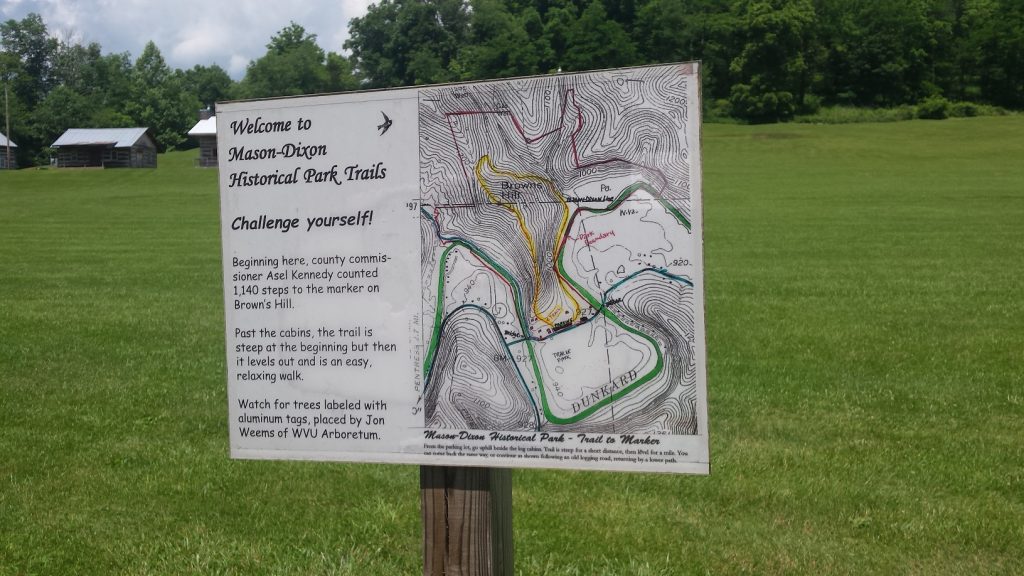 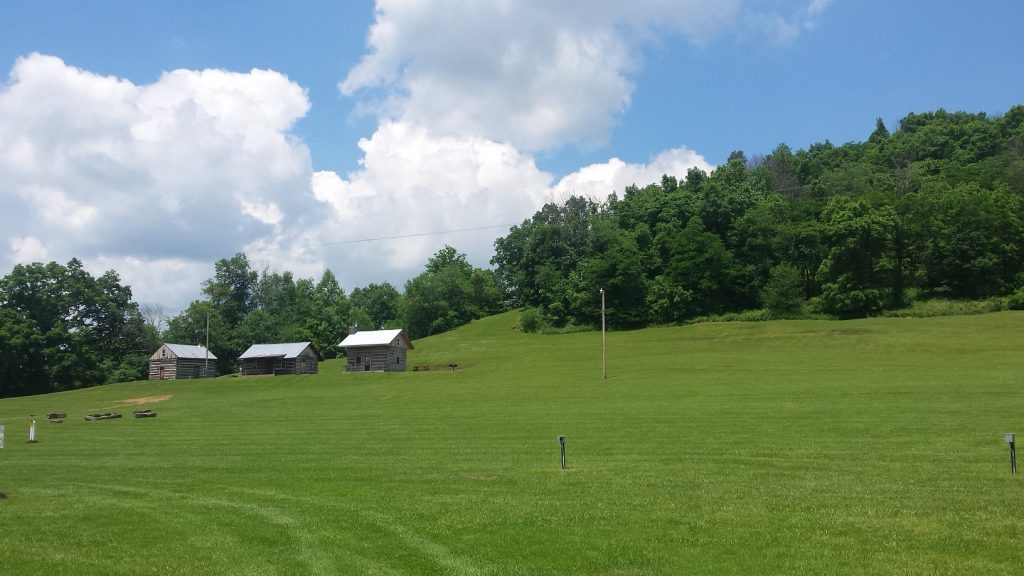 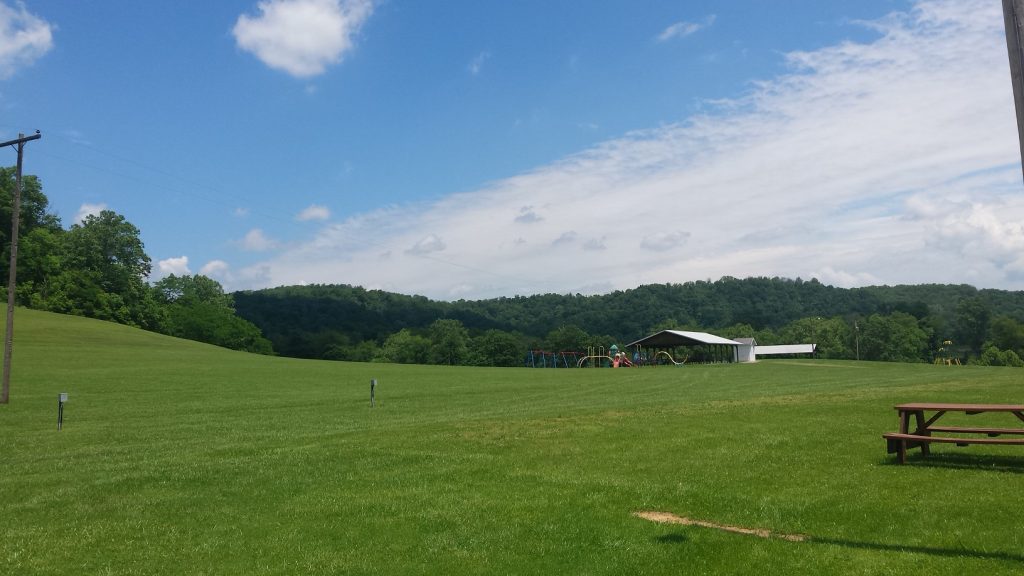 After leaving, we decided that we should find somewhere to wet our whistles, and call it a day; it was beginning to cloud over, darkly.

But, it was a Sunday, and there seemed to be nowhere available. We went through multiple small and medium-sized towns without seeing an open tavern. Even one of our old ‘stand-by’ places was closed for remodelling.

We did eventually find a place for a beverage at the Bavington Inn. But, by that time, the skies were looking rather threatening. 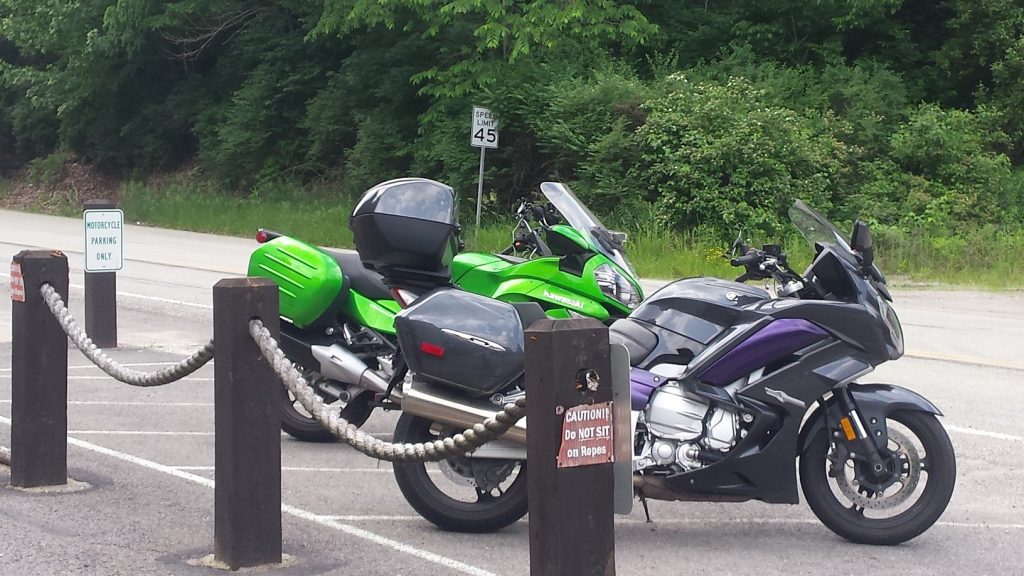 After a quick refresher, Evil Twin and I headed our separate ways to avoid the impending deluge. I remained dry. Alas, he did not, winding up soaked and miserable before there was even time to turn off.

But, at least we had gotten some riding in.