Saturday was the Spring Zing.

We lost a bunch of people before it even began.

Neighbor Lou was home with the wife and 1 1/2 week-old daughter. NickyB and his brother RB bailed out due to weather. Understandable, given that RB is new to this.

It was just Evil Twin and I, so we decided to save the map for the Zing and do it another time. Evil Twin’s been wanting new boots, so we thought we’d head up to Gipsy.

Might as well move the meeting spot. We decided on Portersville. By the time we got there, temps had fallen back into the 30’s. We decided, based on what we’d seen heading to meet, that if we continued on our second original idea, that we’d just be chasing the rain the whole time. Radar bore out that conclusion, so we decided to just head up to Butler. There were a few places there we’d wanted to go to. I realized that I’d forgotten to bring a battery pack for my camera at that point, and decided to not even try chronicling the ride. Sorry.

Heading out on a dry, but chilly, ride, we arrived in Butler with no issues, and decided to park in the garage there, based on the skies. Our 3 destinations were all within a block of there, so…perfect!

Our first stop was to wet our whistle at Reclamation Brewing. Among the usual offerings was the nicely sour Butler Brown Ale.

We headed from there to Cycle Warehouse, whose website makes the place seem larger than it actually was. There was a nice display of vintage (mostly dirt) bikes around the shop, and they did have quite a number of used bikes for sale. Mostly H-D, but some others you wouldn’t think to find in the same place, like a Kawi Versys and Piaggio 3-wheel scooter.

We then stopped at Butler Brew Works before heading back home. We tried their Pistil, a surprisingly heavy (in a good way) wheat with honey and chamomile. While having that, I noticed something very intriguing on the menu. Never before have I seen a beer brewed in collaboration with such entities. This one was a collaboration with New Dimensions Comics (across the street) and 3-Rivers Comicon.

This is Kryptonite. A Gose with lime, orange, agave, and coriander. And it was gooood. 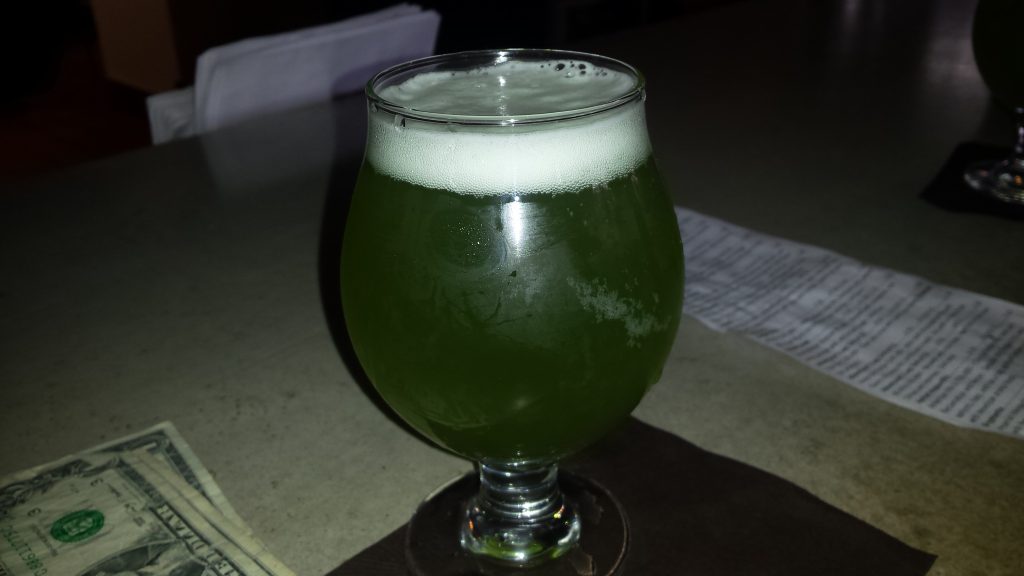 It even looked good artistically backlit. 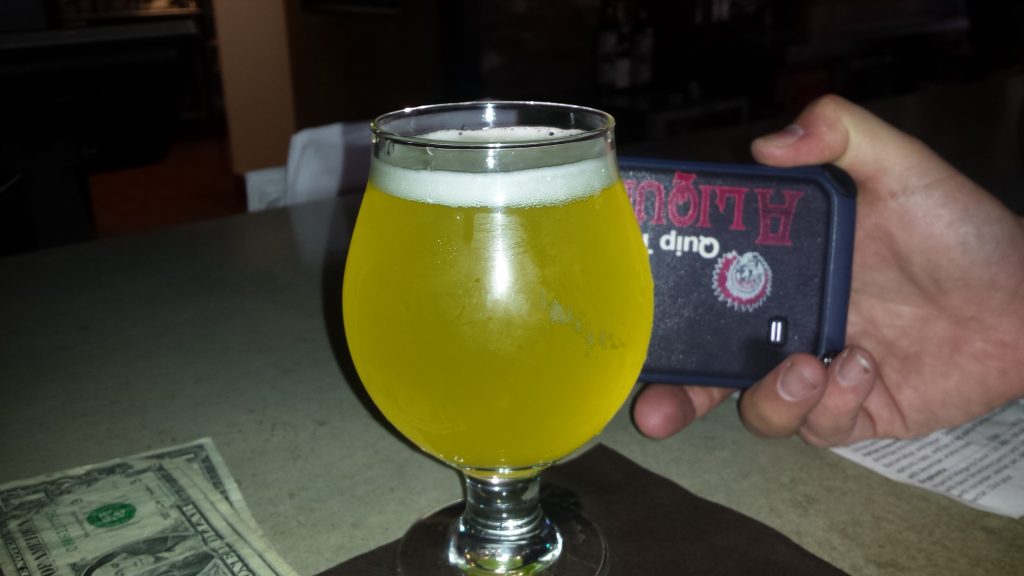 We walked back to the bikes shortly thereafter and made our way home.

We’re hoping to share that original map sometime soon with the crew that was supposed to have gone with us, but, the riding season is officially open, as far as we’re concerned. 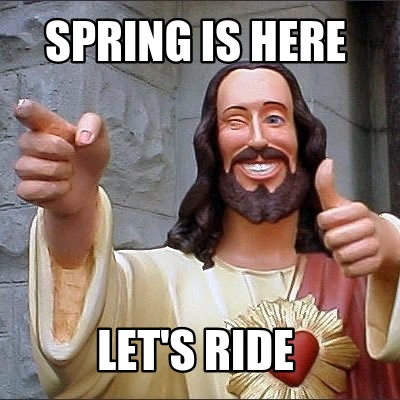 Adding to the fleet