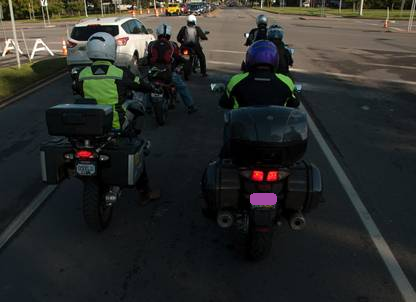 We started out on the way south, and around to Ithaca. Along the way, we stopped for a photoshoot to get the bikes going around a corner. 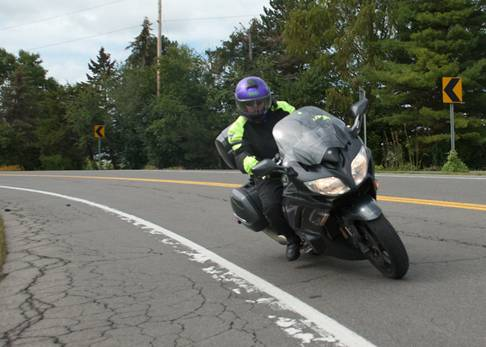 After his pass, Colin noticed his front brake felt funny. Upon further inspection, it was confirmed that it should have felt funny; after all, both bolts which would hold the caliper in place were missing. 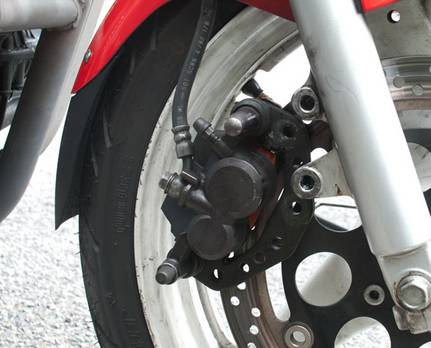 A couple of zip-ties later, and we were off to the auto parts store, where we were able to replace the bolts. 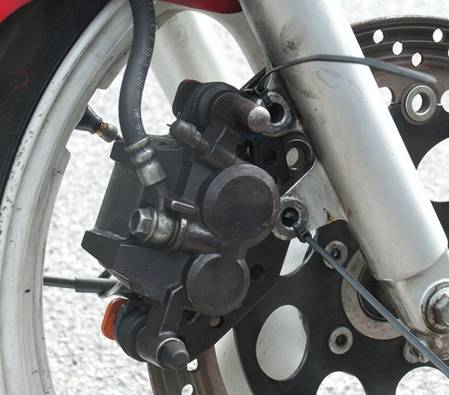 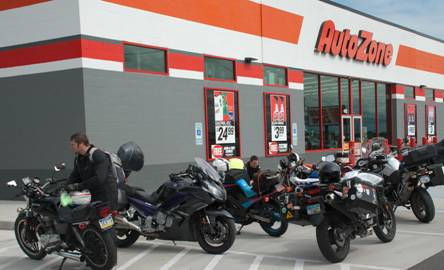 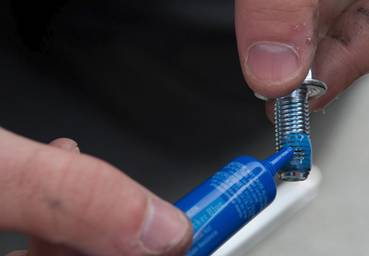 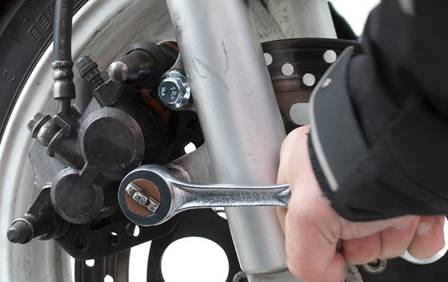 We did not wind up going to Watkins Glen International Raceway. They were having Vintage racing there this weekend, but, unlike Pittsburgh, where it’s free to watch the racing, it was almost $50 just to get into WGI. There wasn’t much debate about that. We did stop for lunch in the town of Watkins Glen, however, and the car-spotting was amazing. For example, after going 50 years without seeing a Lotus Europa in person, I saw two within 30 minutes. Old (and a lot of new) Porsches, Triumphs, MGs, Jaguars, Datsuns, Lotuses, Corvettes, Mustangs,… pretty much anything sporty you could think of. Parking was, therefore, at a premium. We were lucky to find a parking space we could all get into. 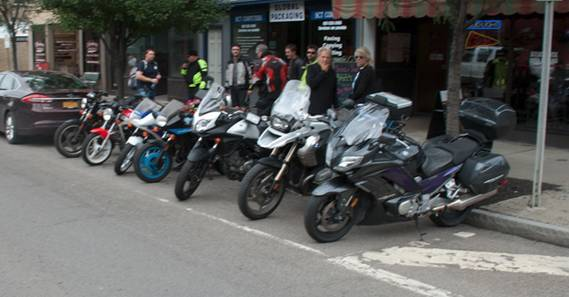 The coffee at our lunch stop, however, left something to be desired. 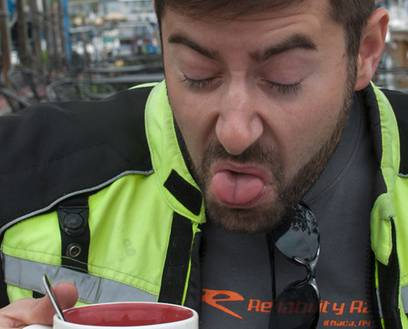 We did stop along the way to perform the ‘acceleration test’. This was on a stretch of ‘closed road’ where the competitors did an acceleration run against the clock. We probably should have measured to see how far it was from ‘the painted box in the road to that phone pole’ but we didn’t. We were all pretty loaded down with clothes for Sunday, (and a big-ol’ toolkit for me) and it was a bit downhill. Personally, I’d have preferred a location with much less loose gravel on the road (like they oil-and-chipped it a couple weeks prior). But the guys did well, and nobody died. Times ranged from 13.0 to 14.2 seconds.

We also stopped about 10 miles outside Ithaca to check out Taughannock Falls.

It’s about a 215 foot waterfall. We did the overlook and rode down to take the trail back to the falls, as well. 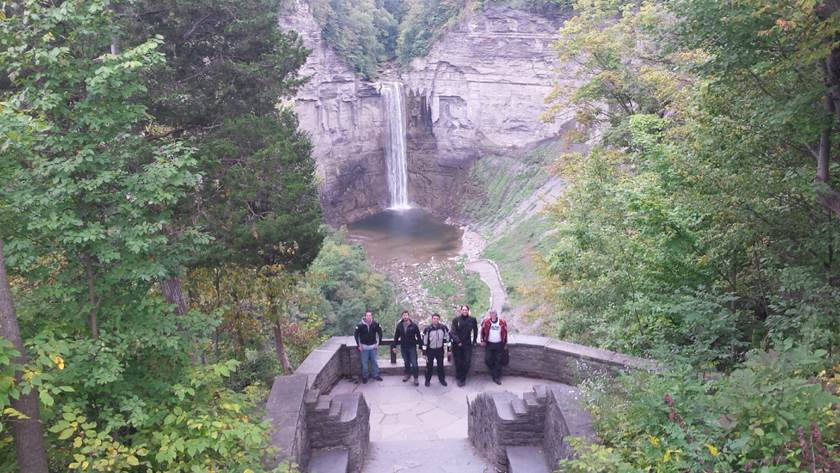 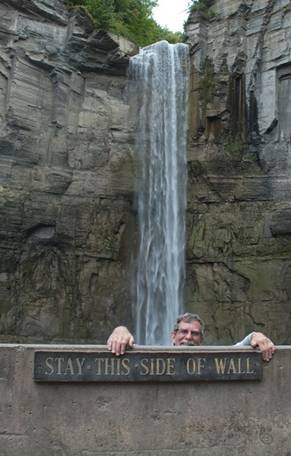 We checked in to the Hotel Ithaca for the night not long after. 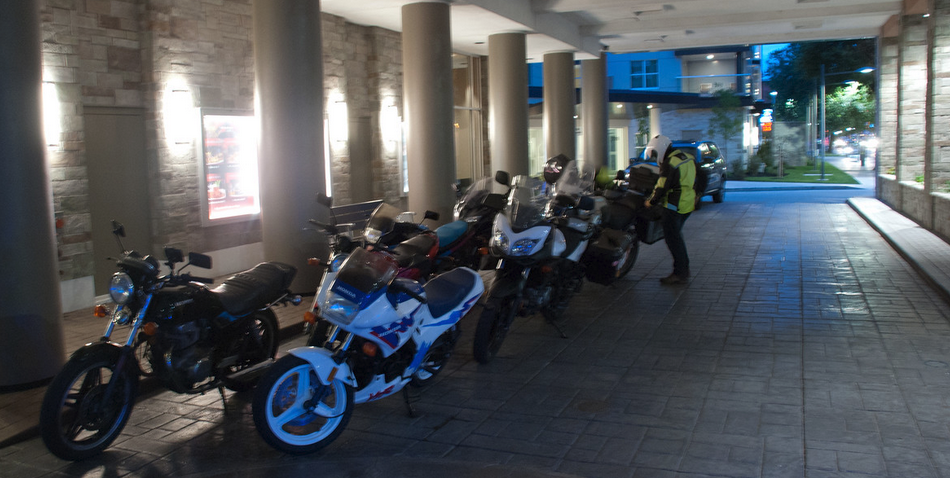