In March 2015, Evil Twin became the happy owner of a 2015 Kawasaki Concours 14. According to the dealer, it was the first lime green C14 east of the Mississippi. Given that I’ve only seen two others since, I don’t doubt it.

It was a bit chilly out to ride from Tarentum to Beaver Falls, but he was still happy doing it. 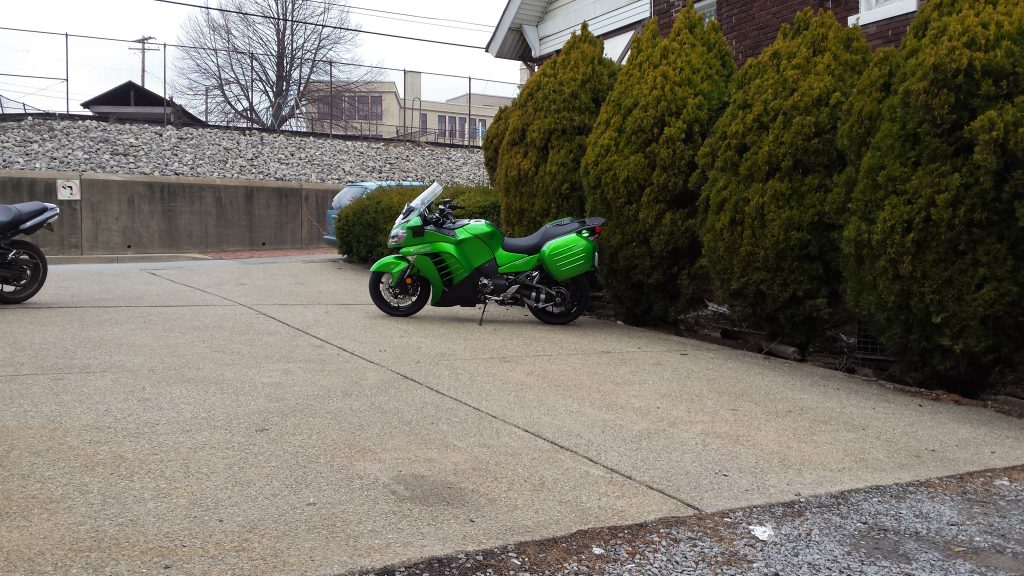 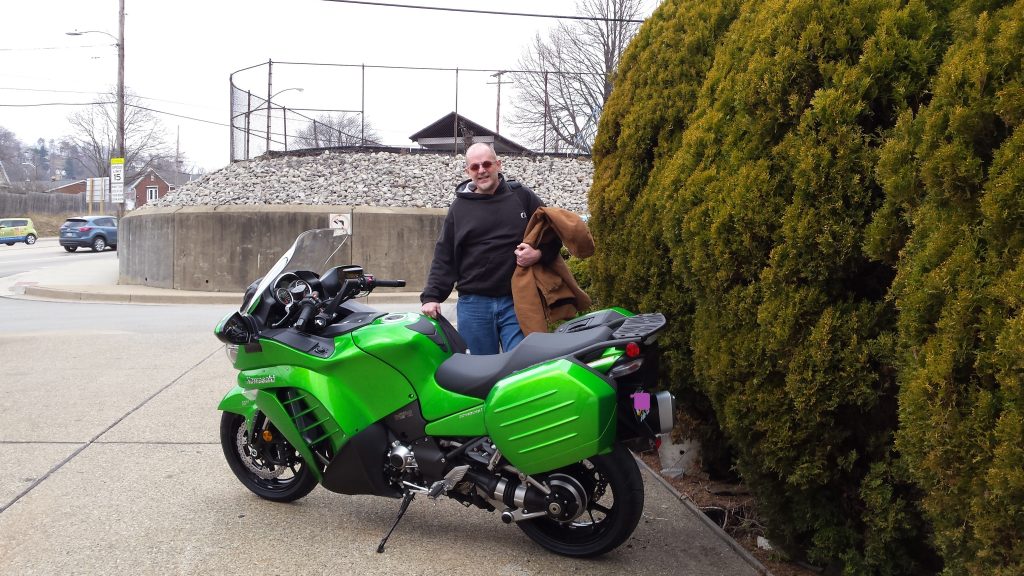